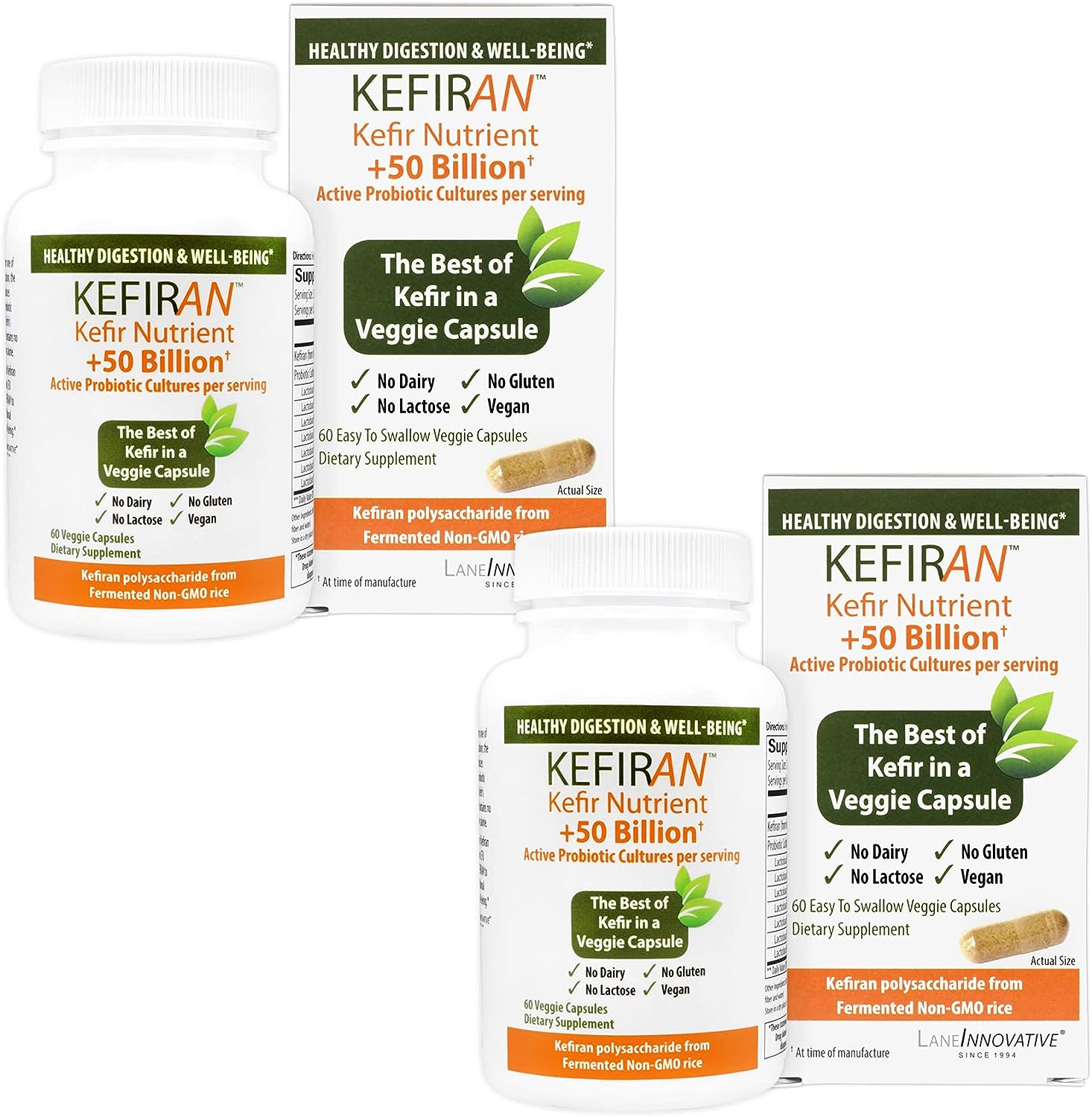 KEFIRAN is a superior probiotic formula with over 50 billion active probiotic cultures (at time of production) to optimize digestive health*. For hundreds of years, kefir milk has been deemed one of the worldâs oldest probiotics. However, with kefir milk came quite a few drawbacks, like gluey texture, sour taste and it being dairy. KEFIRAN was developed to be the highly effective alternative to kefir milk. Just two KEFIRAN capsules a day contain the same amount of kefiran polysaccharide as found in a quart of kefir milk! Plusâ¦ KEFIRAN is Dairy Free, Lactose Free, Gluten Free! â¦. and its Vegan!

Our key ingredients are produced in countries with advanced food technologies and regulatory oversight. We continuously test for label claim potency, pathogens and heavy metals.